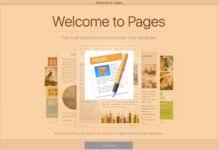 Write your script in Apple’s Pages with this screenplay template. See download link below.

For those of you who like to work with pages on a Mac or iOS I have created a free screenwriting templates.

After downloading the template unzip it and open it. You will be asked if you want to add the template to your Pages “Template” folder. Do so if you wish to access the templates from the “New Documents” dialog at a later time again. You will find them under “My Templates”.

The template contains the standard screenplay elements, and to some extent jumping from one element to the other is automated. However, since Pages is not a screenwriting application per se, you will have to choose some of the elements yourself.

If you open up the template and you go to the second page (which is the first page of your script after the title page) you see that the template already says “FADE IN:”. Place the cursor in the line below “FADE IN:” (if it’s not there already), and open the “Format” column on the right by clicking on the “Format” button in the toolbar.

As you can see the format for the first line of your screenplay after “FADE IN:” is automatically defined as a “SCENE HEADING”. That is because after a transition, a scene heading is the most likely screenplay element that you’re going to need.

If you now write a scene heading (it is automatically written in ALL caps) and press enter, Pages jumps to the next line automatically and expects the input of an action line. Because of this is most common.

If you want to use a different element than the one pages offered you automatically, you can always click in the format column and choose a different paragraph style. You can also use the F-keys instead:

These shortcuts help you to jump from elemental elements pretty quickly.

What you also get is an automated scene index with the page number at the end of the script, which is kind of nice. It somewhat replaces the scene list in the navigator of Final Draft in a more simple way.

In Terms of Font, I used Courier New 12pt, which is basically the standard for screenwriting. However, if you compare Courier New to Courier Final Draft you will notice that there is a difference in characters per line and lines per page. That is because Final Draft’s own version of the courier font uses different spacings.

But I assumed if you do not own Final Draft you wouldn’t have Courier Final draft installed, so I switched Final Draft to Courier New 12pt for this comparison.

If you want a prettier version of Courier New, you can also download Courier Prime by John August. It uses the exact same measurements.

Whereas the templates are great for writing, be aware that you cannot just copy/paste in correct screenplay format from another application.

If you copy from one template to the other Pages will recognise which formatting preset you are using, but the ones that are different (character and and dialogue) will be marked with an asterisks and used with the “wrong” formatting.

If you copy/paste from an outside application to Pages the result depends on the application you’re pasting from. I tried it with Scrivener and Final Draft. Final Draft pasted everything as action formatting (indented left), whereas Scrivener pasted with indentations but Pages could not recognise the formatting as such.

These Pages screenwriting templates give you a great way to quickly get started with writing a script. They are really useful and they don’t cost you a penny.

If you don’t need any other special features this is a great way to write a screenplay.

However, there are a few limitations, but since Pages is included with every MAC this is a great way to save you money. When your script is finished and printed (or in pdf format) no one will see the difference.

In the end, it’s all about the quality of your writing, isn’t it?

If you want to learn more about software for writers, look for more articles and videos on writersterritory.com or on my YouTube channel. 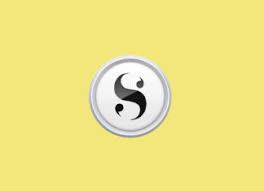